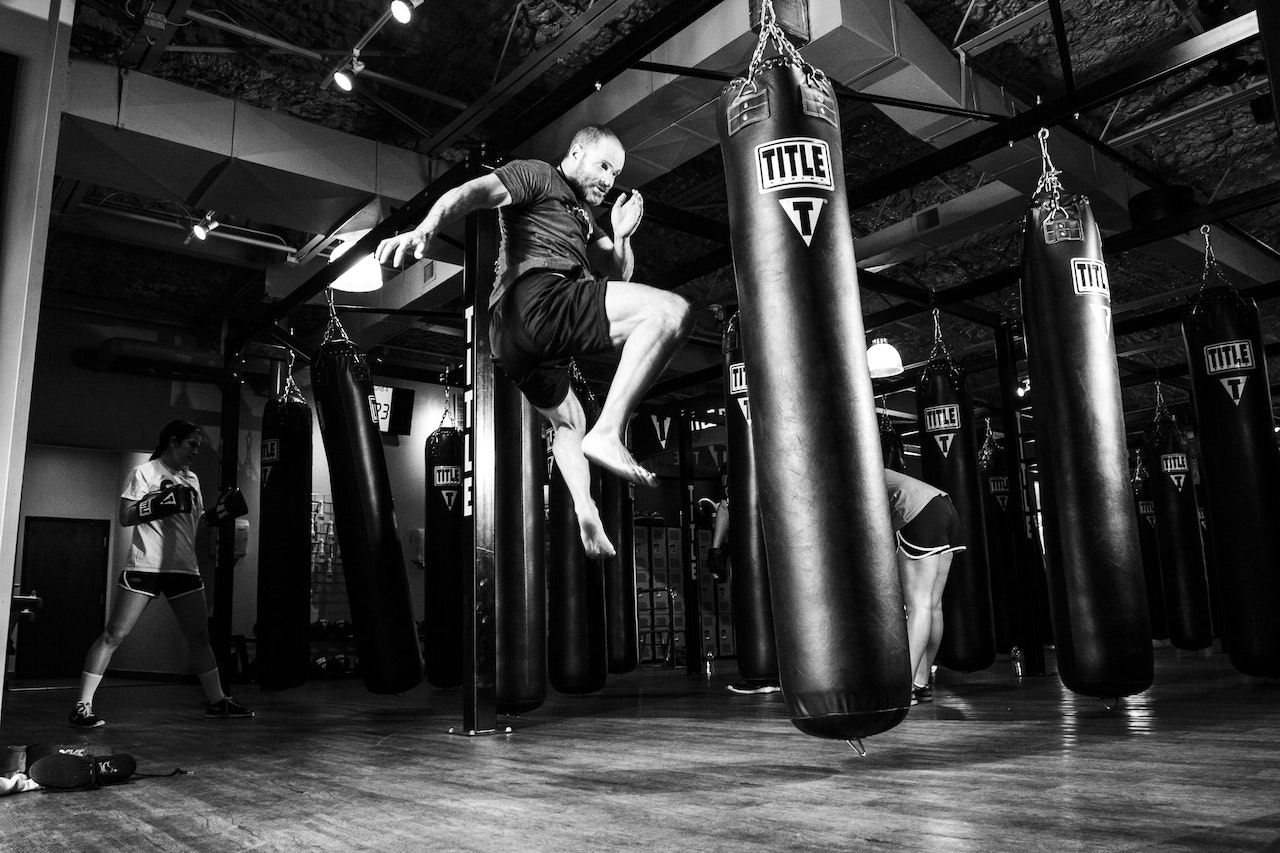 There is a plethora of different martial arts to choose from. This includes not just those with eastern origins but also numerous western styles. It is important to pick one that will fulfil the specific needs of the fighter. The search can be narrowed down by researching some of the most popular martial arts.

This dynamic combat sport is perfect for people who like a mixture of physical endurance and psychological discipline. There are two main positions: standing and ground. The former involves lifting and throwing opponents. The latter requires people to pin their foe to the floor until they submit.

Judo is fairly simple in terms of techniques. There is no punching, striking or kicking. Nor is there any equipment and weaponry needed. Instead, the focus is on gripping onto opponents and subduing them using balance, movements and strength.

Taekwondo requires practitioners to be skilled at using their feet during fighting sessions. Punching is also an important part of it. This Korean sport gained popularity in the 1940s. It eventually became part of the Olympic Games. Like many Asian martial arts, the mind is just as important as the body. People who excel at taekwondo need to achieve inner peace. In terms of physicality, they should be very fast. They have to be able to perform a variety of kicks. This includes head height, spinning and jump kicks.

This dominant form of kung fu encourages students to achieve relaxation during their exercises. By maintaining a calm mood, the fighter is able to be more flexible. Practitioners use a narrow and tight stance. Arms are used to defend the vital parts of the body. Sessions are won by striking the middle of the opponent’s body. This includes their chest, stomach and neck. High kicks are sometimes avoided as this can disrupt balance.

As the name suggests, this contact sport allows both kicking and punching. It was first developed by combining moves from karate and boxing into one discipline. Sometimes people choose this activity simply because it provides good overall fitness. However, it is also ideal for self defense strategies. Kickboxing allows people to utilize both the top and lower halves of their body effectively during a fight.

If students are looking for a martial art with less rigid rules, then MMA may be one of the best choices. It combines moves from a plethora of different styles. Due to the rough nature of fights, it is easy to become injured. Therefore, mixed martial arts is better for people who want a more extreme and challenging experience. It is useful to learn other styles beforehand in order to gain an edge. 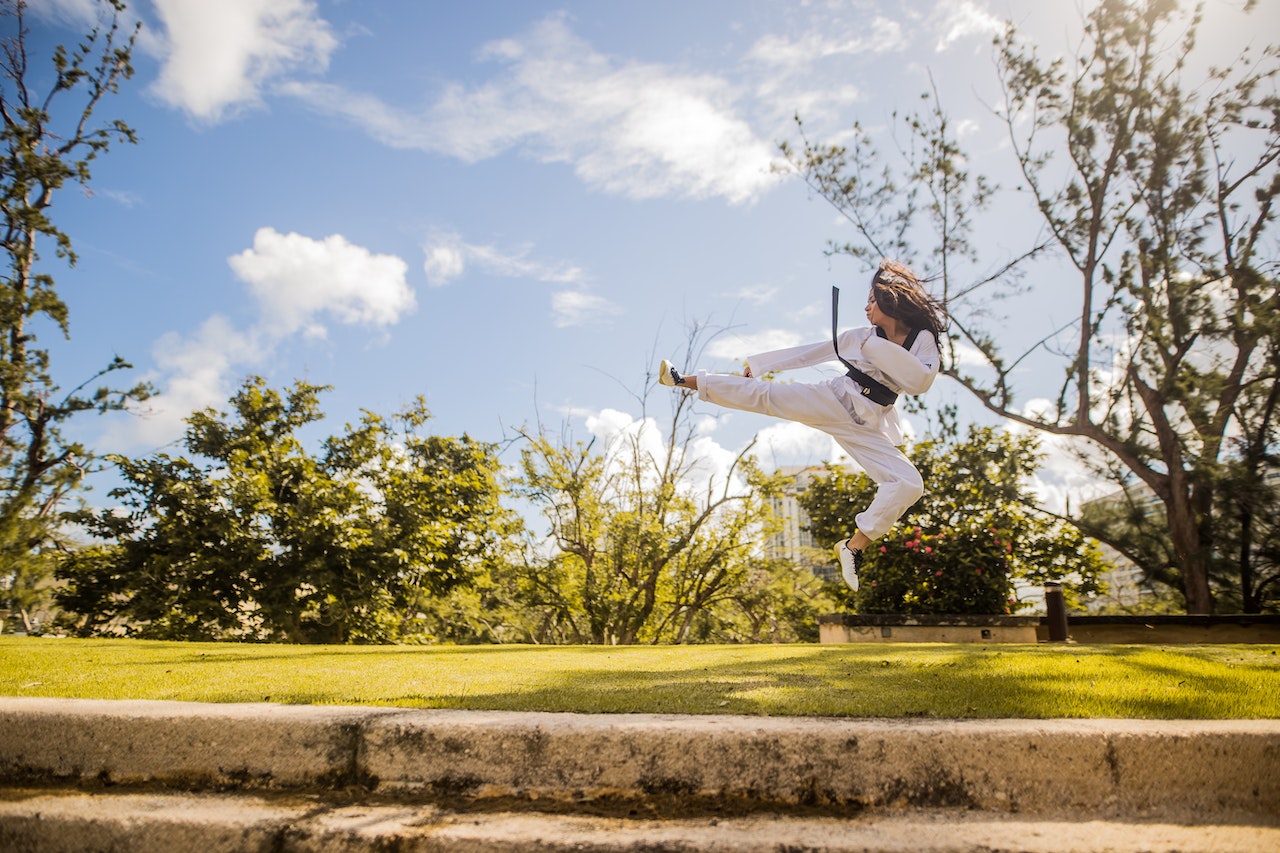 Some of the most well known martial arts do not teach people how to use weapons. Instead, their focus is on unarmed combat. The only contact the fighter has with a weapon is when they are disarming an opponent.

Over the years, news outlets such as the BBC have reported countless incidents of street attacks. Therefore, unarmed styles are great for learning how to survive real world scenarios. For example, if a student encounters someone with a knife, they will know how to turn the tables on their attacker.

Weapon-based martial arts is less concerned with real world combat. Instead, they teach students how to master archaic weaponry such as swords and canes. There are several ones that have endured over the years.

This Japanese sport teaches students to quickly draw their sword in response to a sudden attack. Movements are very fast. They include smoothly drawing the sword, striking the enemy, cleaning the blade and placing the sword back in its scabbard. Novices are given a wooden sword to begin with. This helps to prevent injuries. Eventually, they will move onto a blunt bladed sword. The most experienced fighters use sharp blades.

Gatka originated in Punjabi communities. Wooden sticks are utilised in order to simulate swords. It has been around since the 15th century and saw a great resurgence during the latter half of the 20th century. It has risen to become one of the most popular sport seen at Sikh festivals.

Fencing is one of the most well known weapon-based combat sports. There are three main types: foil, épée and sabre. Each one relates to the different kind of sword used, as well as how points are scored. The aim of fencing is to strike the opponent with a sword before they can do the same. It requires a high level of speed, reflexes and flexibility. Muscle memory is an important aspect of training.

If people are more interested in archery, then they may prefer this Korean sport. It involves using a special horn bow. Practitioners may kneel, hop or jump before striking the target with their arrow. Thumb rings are often worn for drawing the arrow. Gungsul celebrates the history and traditions of Korean culture. 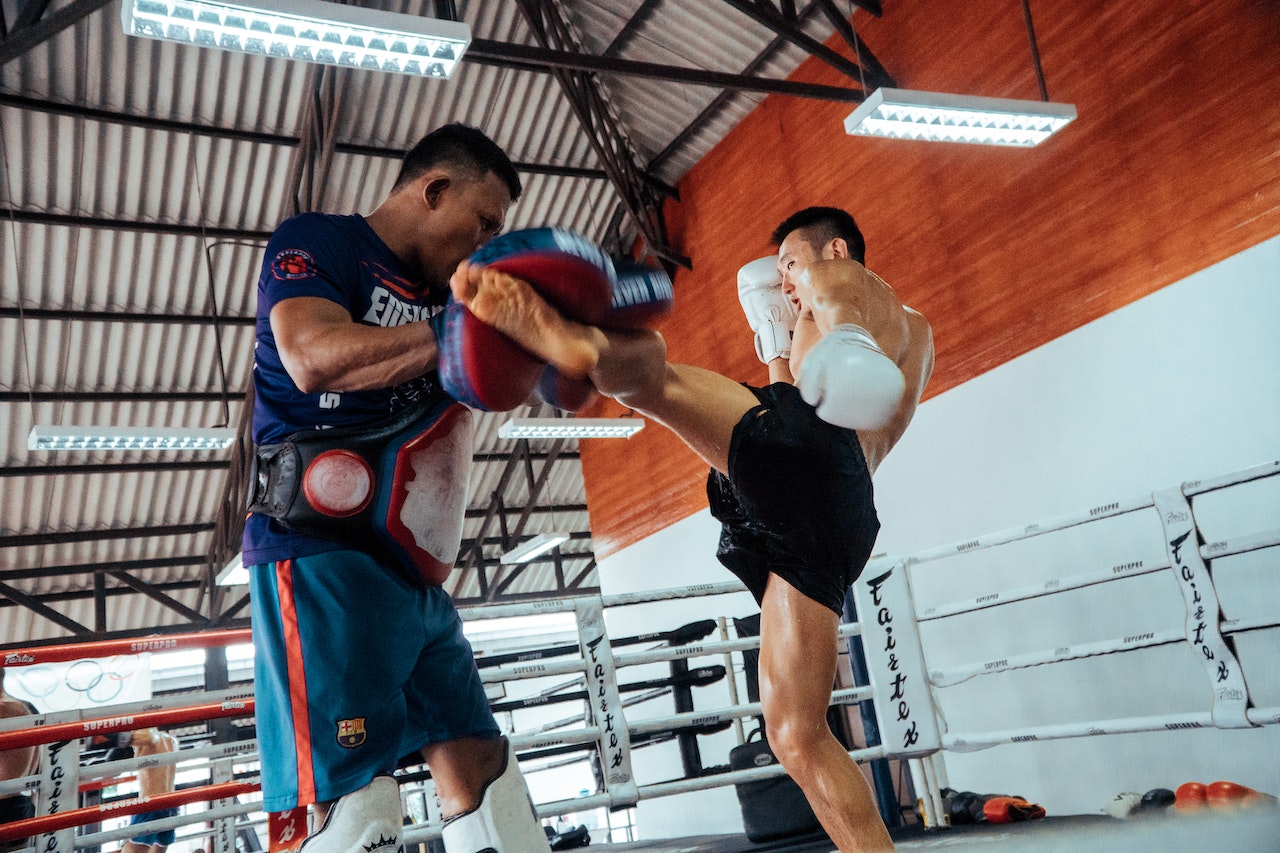 The Importance of Discipline

Martial arts will teach people the importance of taking care of both their body and mind. A key aspect of this is learning the act of discipline. In fact, some classes do not even allow their students to learn fighting techniques until they have proven mastery over the self.

It is a mistake to go into a new martial art thinking that it is primarily based on self defense. The older types usually also have a philosophical element to them. They may be inspired by ancient writings from a past civilization.

The online information site Wikipedia contains useful articles about the theories regarding self discipline. In terms of martial arts training, it ensures that practitioners do not abuse the potentially dangerous moves that they have been taught. Many classes will allow people to learn things that can cause harm. For this reason, they must only be utilized for self defense. If a student has a high level of discipline, they are much less likely to use their moves for offense.

Sometimes the philosophical aspects of martial arts aim to help people achieve inner peace and enlightenment. They may require students to meditate for extended periods of time. Learning patience is one skill that is often an important part of these classes.

Becoming a master of martial arts takes years or even decades to achieve. It requires a significant time commitment. In this sense, it is not just a fight class. It is a way of life that will shape the future of the student. People interested in martial arts should be aware of this before deciding if it is right for them. 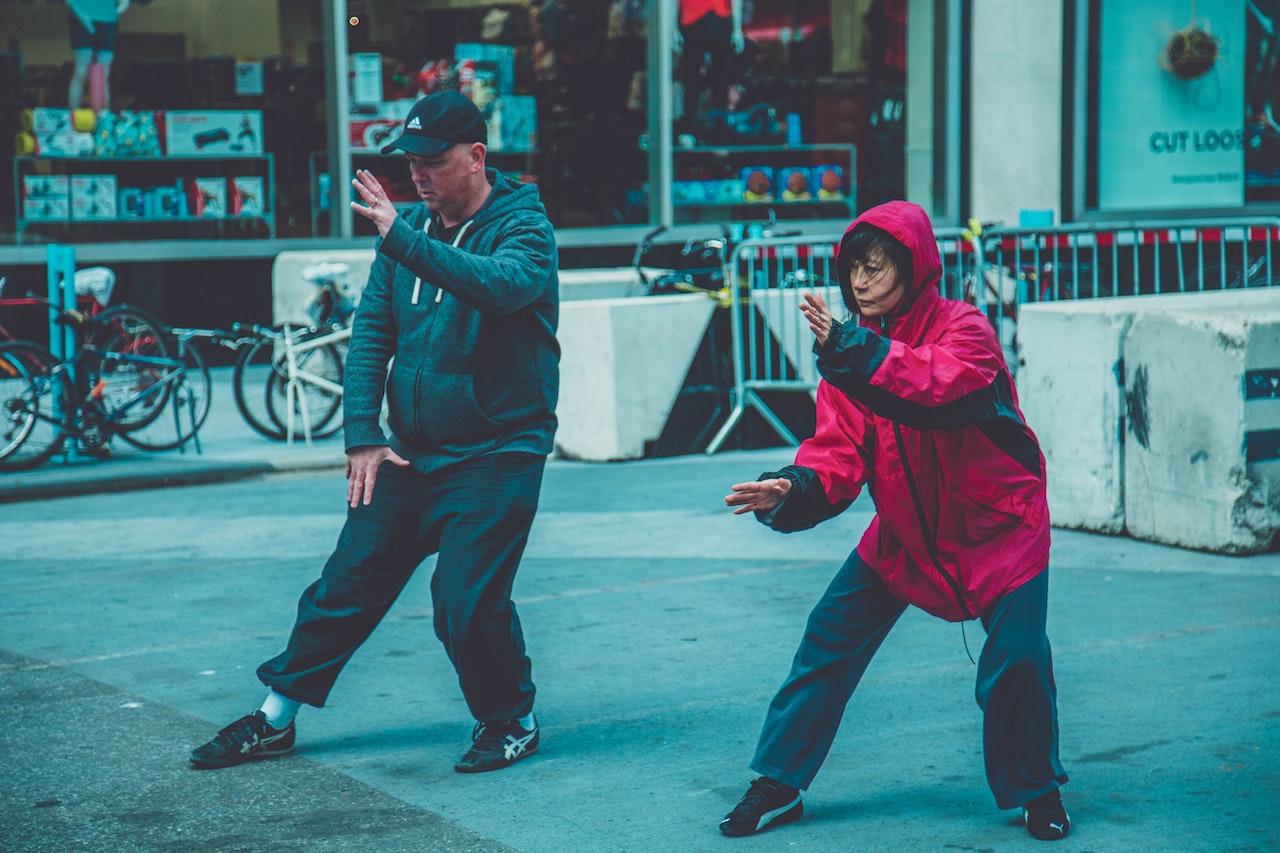 People will often take martial arts classes in order to defend themselves against an armed attacker. The most common weapons used in street assaults are knives and guns. In the UK, knife crime is significantly high. In contrast, shootings tend to be much more prevalent in the United States.

Regardless of the statistics, it is important to know to defend against both kinds of weapons. Many classes will provide students with disarming techniques. The main aim is usually to both dodge an incoming danger and take the weapon from the attacker. At the same time, it is common to also incapacitate the opponent.

Students of martial arts are trained with these techniques frequently. Eventually, their responses will become part of their muscle memory. This means that if they encounter a real-world armed attack, they will be able to automatically defend themselves. With the right moves, an unarmed person will no longer feel defenseless.

As a safety precaution, fake guns and rubber knives tend to be used during martial arts demonstrations. This allows the student to practice grappling the weapon away from the attacker without having to worry about suffering an injury. 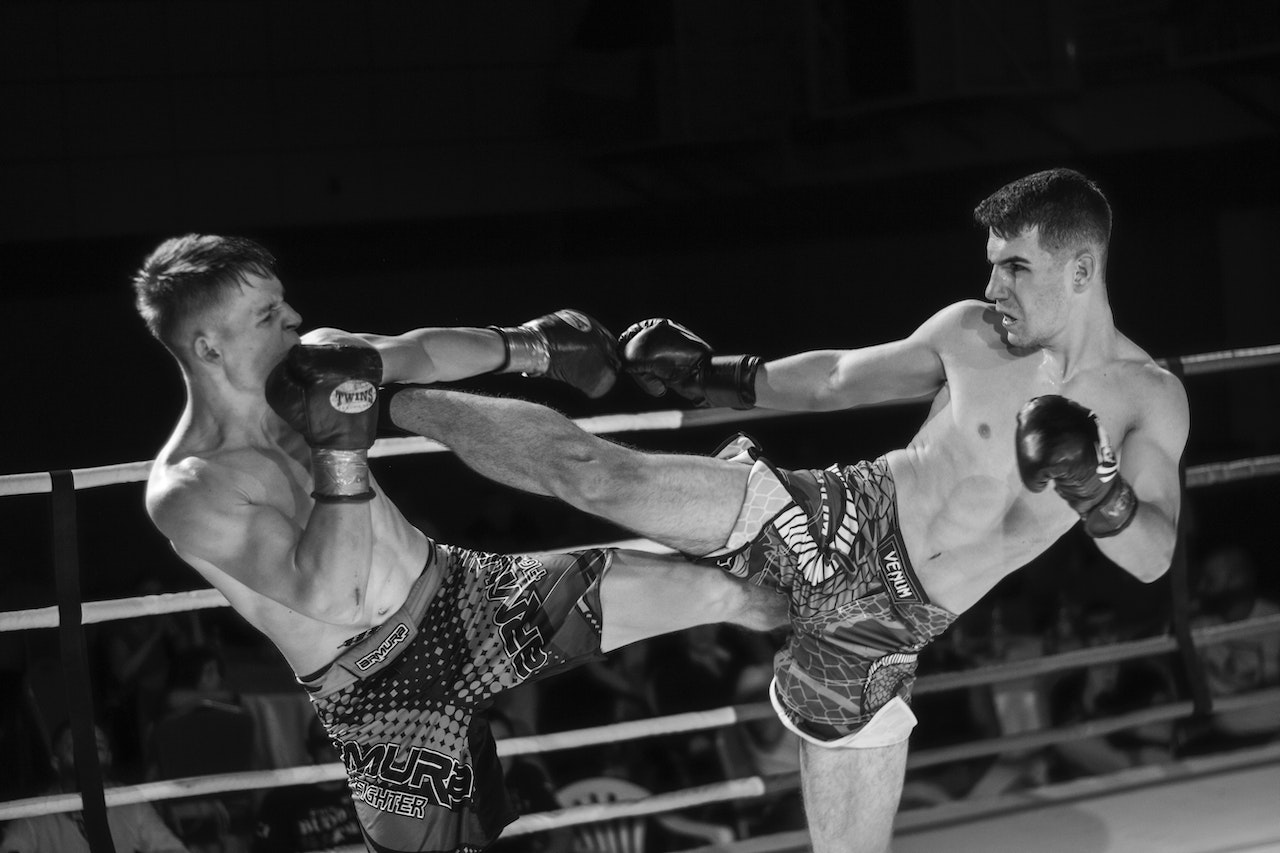 Whilst some martial art styles emphasize defense against weaponry, this is not always the case. More traditional ones will instead focus mainly on hand-to-hand combat. This tends to be done with the assumption that the opponent follows the rules of that particular style.

Readers may have noticed that sites such as the Independent often have headlines about physical assault. These are cases where a person has been attacked by someone who is unarmed. By learning hand-to-hand combat, students of martial arts can fight back during these kinds of scenarios.

If people are mainly interested in real world self-defense, then it is best to choose a more modern style. For example, krav maga emphasizes realistic and practical fighting. The main goal is to incapacitate an opponent as fast as possible.

On the other hand, if they wish to compete with others in a rule based environment, then they can opt for one of the ancient styles of martial arts. In this case karate, kung fu and other eastern martial arts will be appealing. Some classes teach a mixture of both so that students get a broader experience and skillset. 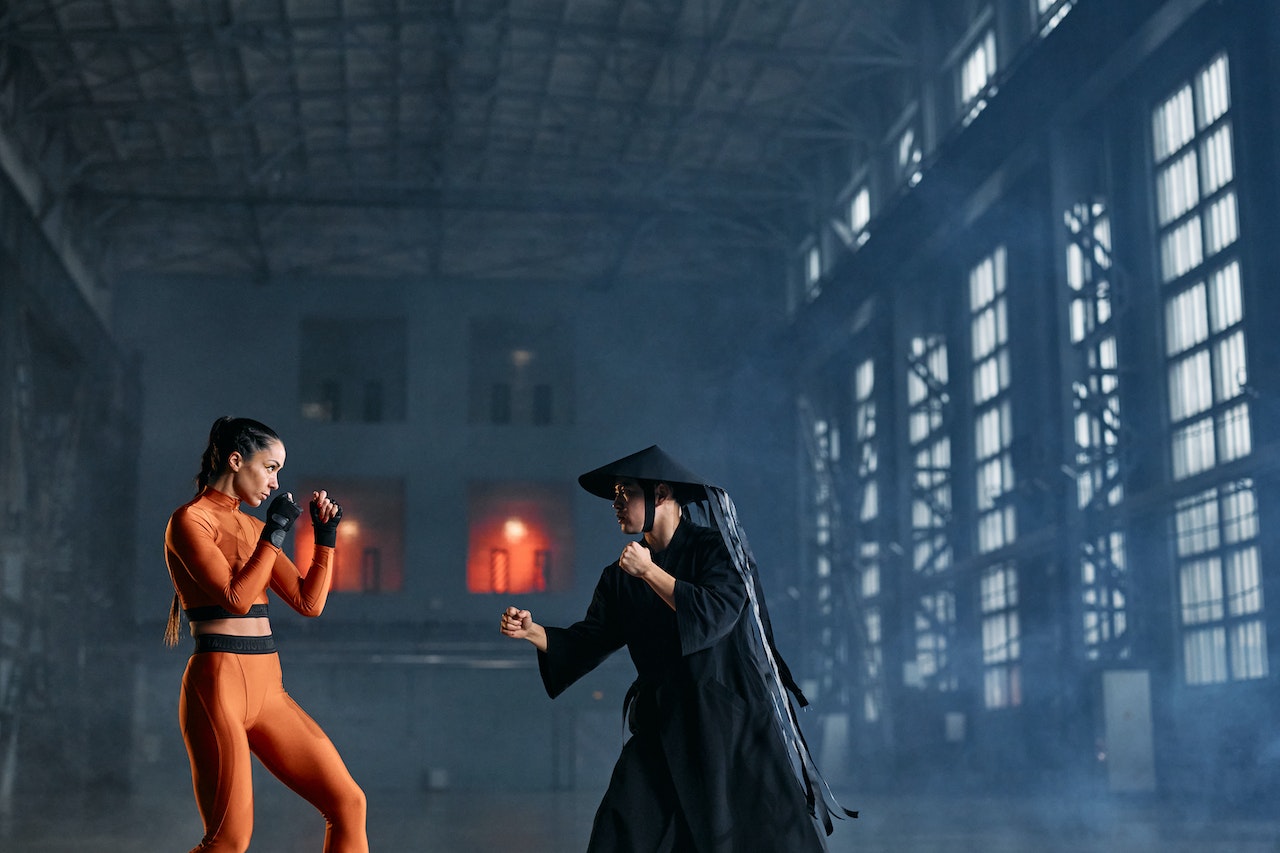 Whilst the key aim of martial arts is self-defense, it also has some added benefits. There are plenty of ways that these kinds of classes can make a student healthier. Being aware of them will encourage novices to continue their classes long term.

A wide range of online publications including the Guardian have raised awareness of common health problems. In the modern world, obesity is prevalent. This can usually be prevented with enough frequent physical activity. During martial arts training, the student will regularly have to keep moving. The cardio aspect of training will have a direct positive effect on health. The calories that they burn will keep them in good shape.

Constant inactivity will increase the chances of developing joint problems. Keeping the body flexible is an ideal way of preventing this. Martial artists tend to have a good level of flexibility. This is due to the nature of the moves they need to perform.

Some martial art styles also encourage participants to gain muscle mass. This is more common in western ones. For example, MMA and boxing have specific weight requirements. In order to fulfil them, fighters will increase their overall muscle mass.

Once a person has practiced martial arts for an extended period of time, they may notice that their blood pressure is at a healthy level. This is due to the vigorous exercise that they have to perform on a regular basis. Healthy blood pressure will prevent people from developing a number of significant health issues, including heart conditions. 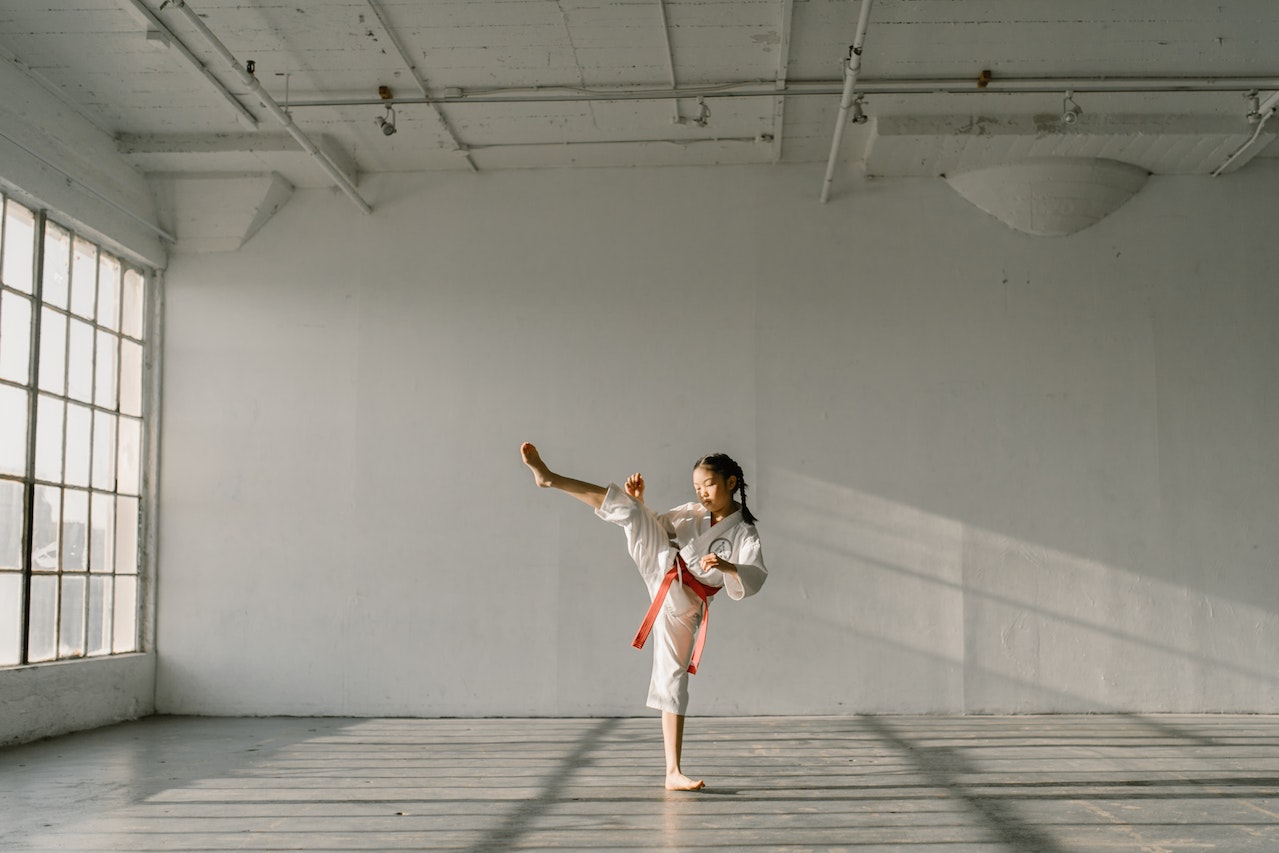 Within the rich world of martial arts, spirituality plays a key role. In fact, some styles emphasize this over physical self defense. Within Asian cultures, the concept of “chi” is very important. This is said to be an energy that travels through people and objects. Other cultures believe that certain parts of the body have “chakras” that are pathways for life energy. Both “chi” and “chakra” theories feature heavily in eastern martial arts.

Students may go to these kinds of classes to boost their mental health. Spirituality can be used to help people cope with the pressures of the modern world. Therefore, martial arts are not simply ways to protect oneself against an attacker. They also increase a person’s sense of overall wellbeing.

If students are interested in classes that focus mainly on the spiritual, then there are several styles to opt for. Tai chi is one of the most popular. It is ideal for anyone who wants a fast paced effective fight technique that also teaches mastering of the self. Tai-ki-ken is better for those who want a focus on meditation and breathing techniques. Do-In and Qigong are martial arts based on the idea of the “chi”.